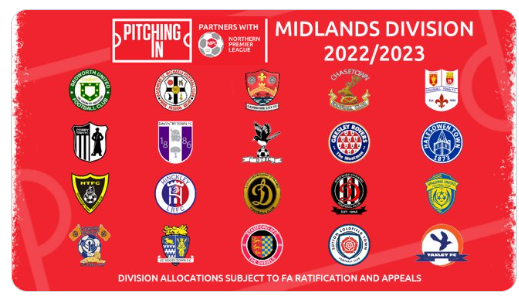 After our First Team’s treble winning season and promotion to Step 4 of the English non-league footballing pyramid, it has been announced that we will play the 2022/23 season in the Pitching In Northern Premier League Midlands Division.