Bees Have Tough Welcome In Their Historic NPL Match 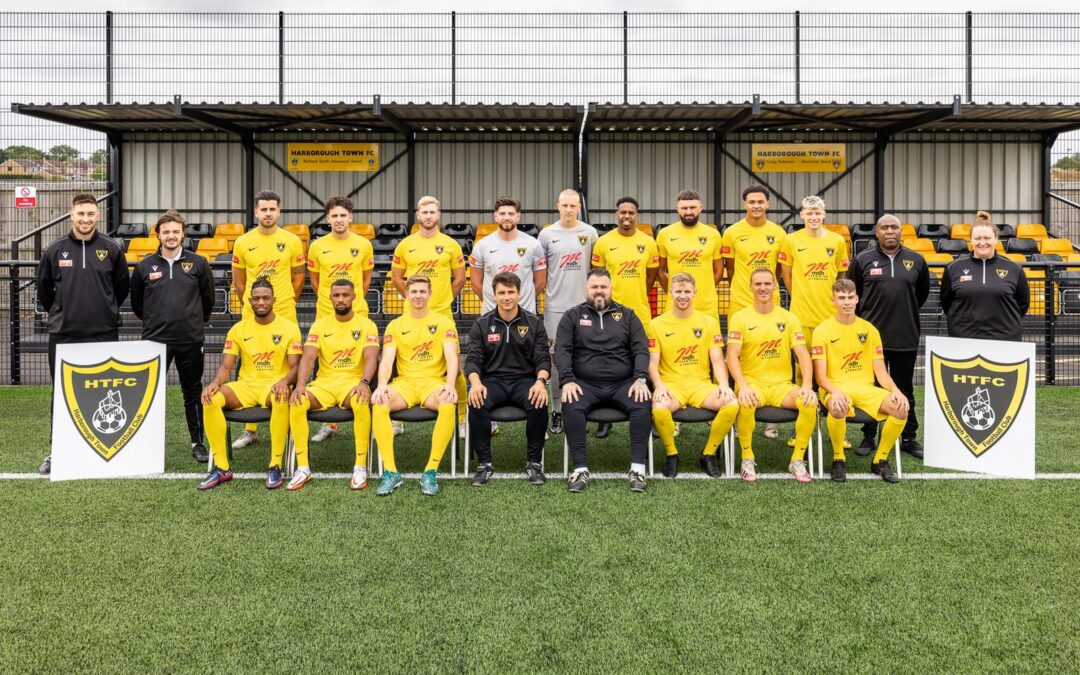 After some early exchanges Cobourne had two early opportunities blocked by Elliott Taylor in the Harborough goal, before the home side had an opportunity of their own after Josh Walsh picked the pocket of the visitors back line and then approaching the edge of the box stuck between a rock and a hard place – pass or shoot; and the pass just didn’t make its way to a free Joel Carta. Just before the half hour, Cobourne was set free down the right and neatly chipped over the advancing Taylor to open the scoring for the visitors. The game was being well managed by the away side and on 40 minutes Richard Gregory found space on the edge of the box and slipped the ball through to Josh Ezewele who fired into the roof of the Harborough Town net.

As Harborough Town chased the game early in the second half they almost pulled a goal back as Rhys Hoenes beat the advancing goalkeeper Daniel Platt but saw his stabbed shot from a good thirty five yards roll wide of the post. Midway through the second half the visitors wrapped up the match when a low driven corner evaded a handful of players and found its way to Nathan Hayward who calmly slotted home from close range.

In the sweltering heat both teams kept up the tempo until the end with Nat Ansu’s acrobatic shot cleared off the Halesowen line late on, before deep into injury time up rose Harborough Town central defender Paul Malone to head the ball into the net from a Lewis Burgess long throw. Shortly after the referee brought proceedings to a close.

Harborough Town Manager Mitch Austin after the game saying “we learnt lessons today, but we’re a good side and learning on the job; it’s only the first game of a long campaign”.