Busy blustery day down at the BeeHive 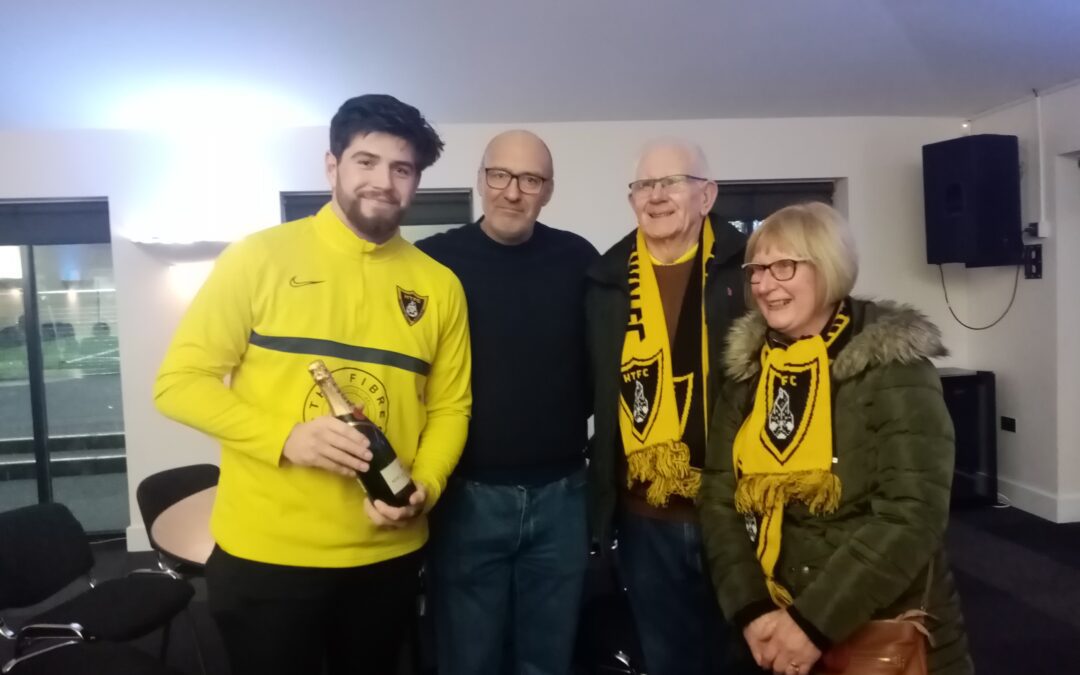 Thank you to over 400 supporters who headed to the BeeHive yesterday – it was great to welcome the travelling support from Stamford but also so many NHS, Emergency Services staff and LCFC supporters with our special ticket offers. We hope to see you back again soon.

Harborough Town 0 – Stamford AFC 2
Harborough Town and Stamford battled both each other and the elements as the away side returned to the summit of the table after claiming all three points in blustery and wet conditions.

Stamford started stronger but were left frustrated by an Elliott Taylor in fine form, clawing a bullet header off the line before tipping a powerful shot past his post. The Bees too had chances to bulge the back of the net, with the best opportunity falling to Nat Ansu whose shot was diverted wide by Daniel Wallis. A third great save was made by Taylor to deny Jonathan Margetts from close range, but Margetts finally beat the shot-stopper as he finished at the far post from a corner to put his team ahead late in the first half.

The home side looked the more dangerous outfit as they searched for an equaliser in the second half and were inches from doing so as Josh Walsh’s shot ricocheted off the base of the post, before Joel Carta’s volley hit the side netting from the next attack. Biding their time and using their experience, Stamford counter-attacked and won a penalty after a tangle of bodies in the Harborough box. Rob Morgan stepped up and sent Elliott Taylor the wrong way as he put his side in a commanding position. That was the way the match stayed as the heavens opened up, with Harborough unable to break down a stubborn Stamford defence.