No Christmas Hangover for the Bees….. 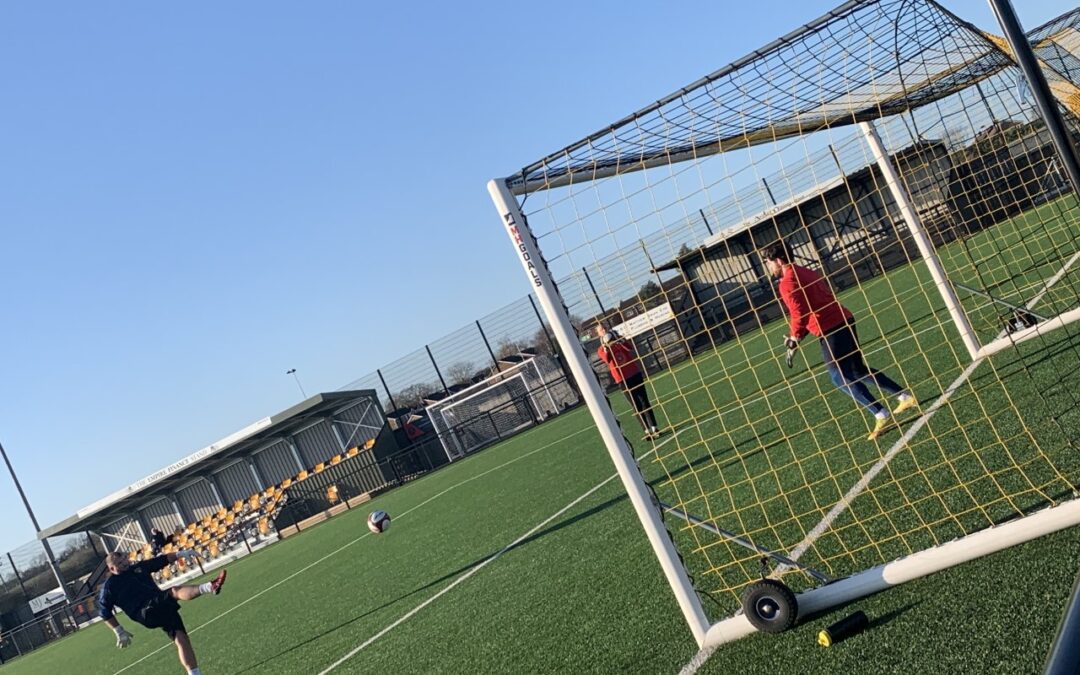 Harborough Town and Boldmere St Michaels played out a Christmas cracker as the bees beat their visitors 4-2.

James Ireland got the hosts off to the best start with a bullet header from a corner that was helped into the net via the post, before they were pegged back by Ben George’s bundled effort.

Boldmere then took the lead through Kieran Westwood’s deflected effort, but it was Harborough’s turn to find a quick response as Nat Ansu converts from another Bees corner to bring a whirlwind first half to an end at two goals each.

Harborough were gift wrapped a free platform to build upon in the second half through a blunder from Lewis Gwilliams in the Boldmere goal, who spilled Josh Walsh’s corner into his own net, handing the lead back to the home side with their third goal from a corner.

From there, Harborough controlled the game and looked to increase their advantage through efforts from Ireland and the probing Ansu, before the latter put the game to bed with a clinical finish that nestled into the bottom corner, ensuring that a highly successful 2022 ended with the win that it deserved.