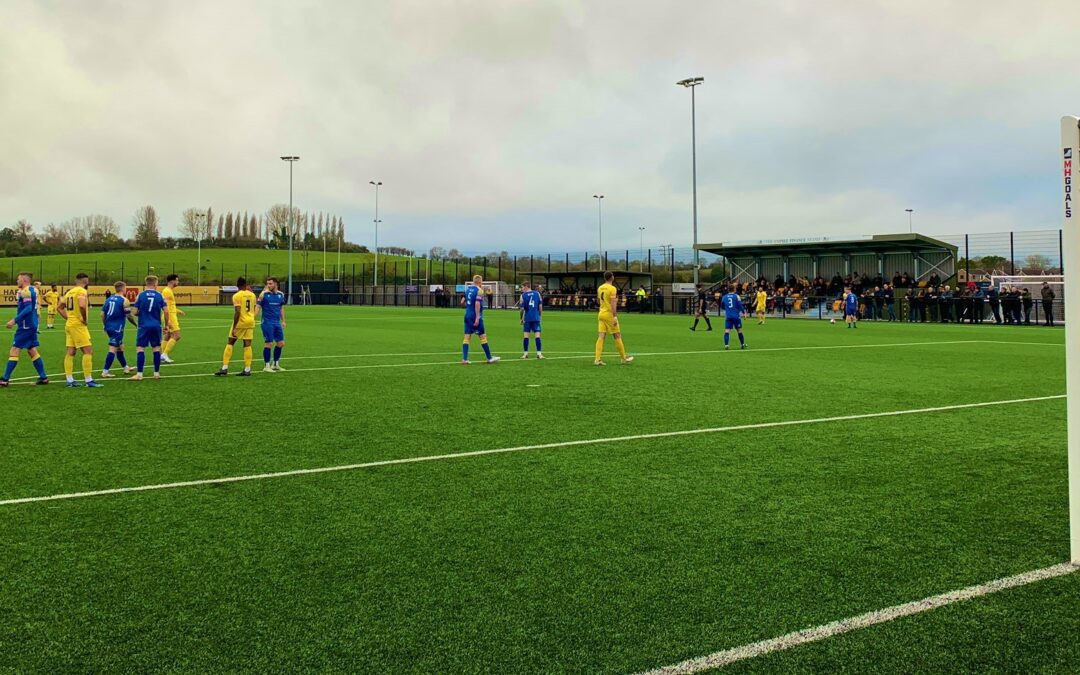 Harborough Town lose out in an explosive Bonfire Night encounter as Spalding United maintain their unbeaten record.
In a first half that was lacking the certain fireworks that this day is known for, Spalding got their noses in front with a scrambled effort turned in by Bradley Rolt, before James Ireland’s free kick nearly lit up the occasion as it crashed against the top of the bar.
The second half started as it meant to go on, with Dan Forbes striking the woodwork once more for the home side, before Elliott Taylor made a world-class fingertip save to deny Nathan Stainfield’s header that was destined to increase Spalding’s lead.
That lead was finally increased with 90 minutes on the clock as Archie Jones’ squared ball found Rolt, who tapped in for his and Spalding’s second, much to the frustration of the Bees who controlled large portions of the game.