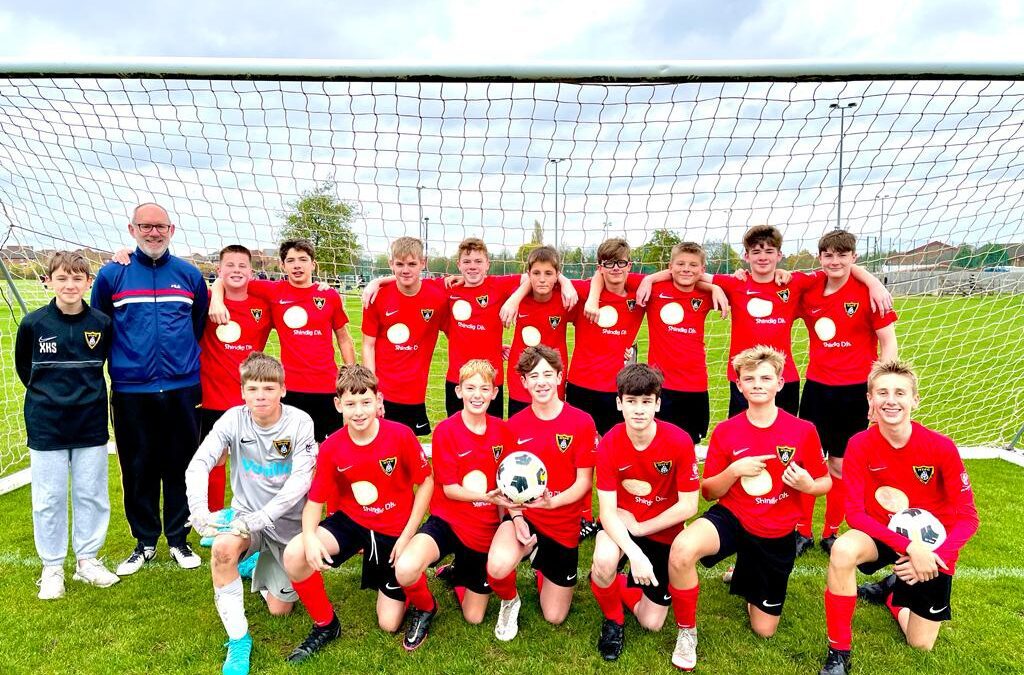 Youth footballers from Harborough who are sponsored by a DJ have hit the right note after clinching a league title.

Harborough Town U14s 2012 recently struck a kit sponsorship deal with Shindig DJs, a vinyl DJ service based in the town.

The agreement, which lasts for two seasons, has paid for the team’s red away kit, which has lessened the burden on parents during the cost of living crisis.

The team hit the ground running this campaign, winning their first six matches in emphatic style – including a league and cup double over their derby rivals, Harborough Town’s 2016 U14s side.

A thumping 6-1 win at AFC Barwell on Sunday 20 November saw the team clinch the league title with a game to spare.

Chris Fidler, CEO of Shindig DJs, said: “It’s been a pleasure to plough the money I’ve received from DJ gigs in Harborough into the town’s next generation of talented footballers.

“I’ve been on the touchline for every match this season and the football they’ve played, and the camaraderie between the lads, have been a delight to watch. They are worthy winners of their league.”

The team’s manager, Adam Brewster, said: “A massive thank you to Chris and Shindig DJs for our two year sponsorship. It means a great deal to the club to have such support and to keep our grass roots teams going. With the current economic situation for many businesses, to donate their money is so generous and means a lot.” Shindig DJs are on Facebook and have a monthly residency at the Fifty Eight bar, in St Mary’s Road, Harborough. They are available for pub, bar, club and private party bookings. You can WhatsApp them on 07539 238279.