Well, that was some Easter weekend! 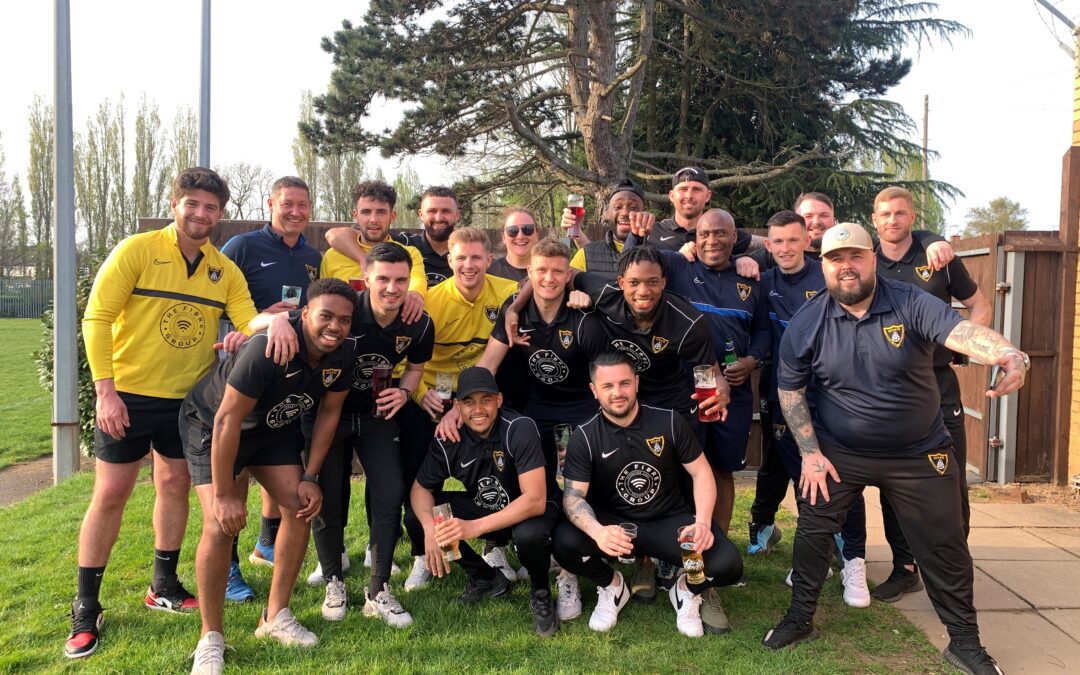 From creating the winner on Saturday (and celebrating by running faster than most thought he was ever capable of), Paul Malone then followed that up with a one-man wrecking mission by scoring 4 of Harborough’s 6 goals at home to Lutterworth on Monday!  Cue the wasting of beer and some passionate singing in the changing room as our First Team are now on the cusp of winning the UCL Premier South title.  Your #UpTheBees are 3 points clear of second with a +20 goal difference!

Our Reserve Team led by manager Tony Sansome have 1 match remaining and after chasing for the title all season they will finish a narrow second to Bugbrooke who won the league over the weekend.  Hat’s off to Tony and his team for finishing second which is a phenomenal effort and they should rightly be very proud of their efforts.